Little and Big Monsters is a movie made by Vídeo Brinquedo. It is a mockbuster similar to Monsters VS. Aliens.. The movie's sequel is What's UP: Balloon to the Rescue!.

Two wacky and goofy scientists whose experiments always seem to go wrong, manage to do one thing right – they are incredible monster hunters! When one of their experiments gone wrong forces them to put their monster hunting skills to the test, they team up with two witty kids to save the world from some really quirky little and big monsters… with a sweet tooth.

Pretty sure Mike Pollock was the short scientist dude.

Lisa Ortiz was the woman in the pink suit.

Many people hated this movie. On Rotten Tomatoes, 0% of people liked it, and it is 1 star on Amazon.

"I got this movie because it promised both little AND big monsters. All I got was a bunch of medium sized monsters. I've seen both bigger and smaller monsters than this movie gave me.

I went in expecting to be entertained by little monsters, the smallest monster was like cat sized? Really? Cats? I've seen cats before. So you'd think, if they can't get the little monsters right they could possible do big monsters justice huh? NOPE, the biggest monster was at best big boned, not even large. I've seen bigger monsters rolling around on the electric carts at Walmart.

The animation was passable for like 1920's computer generated graphics but this is 2012, you think these guys could afford a Lisa or maybe a Commodore PET computer by now.

If you're looking for little or big monsters, look elsewhere." Jason Zsiba from Amazon 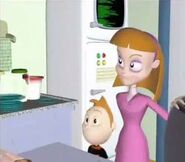 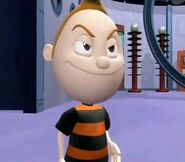 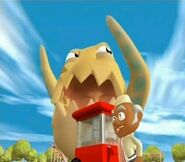 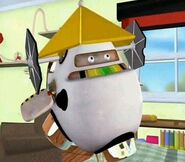 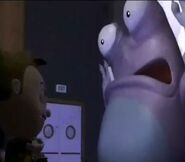 Retrieved from "https://mockbuster.fandom.com/wiki/Little_and_Big_Monsters?oldid=10145"
Community content is available under CC-BY-SA unless otherwise noted.