Ratatoing takes place In Rio De Janeiro. The protagonist is a mouse named Marcell Toing, who is an amateur cook at a popular restaurant that is named after him.

However, a group of spies from a competitor's restaurant try to steal a secret recipe of his. They tried to get the waiter to tell them what the ingredients are. When this failed, they went outside to plot their next move when one of them had left her notebook in the restaurant. While this was going on, members of the staff had gone to a neighboring human restaurant kitchen to get fresh food for their restaurant. As it turns out, this is why the Ratatoing was so popular. They did this after a fairly lengthy suit up sequence. As they were at the human restaurant, the spy who left her note book had gone back into the dining room to retrieve it, feeling that nobody was there. As she picked up the note book, she saw that the doors leading to the kitchen were slightly open, so she went in hoping to figure out the secret to all the great food. She stumbled upon the secret door leading to the human kitchen which is when she learned that the secret to Ratatoing's success was fresh food from a human restaurant. She quickly went back to her fellow spies and told them what she saw. They then hatched the plan to cut off Marcell's food supply by scaring away the human restaurant's customers... by doing a wierd dance accompanied by bizarre chanting and singing and getting really erect. They succeeded in scaring off the customers. The restaurant was still in business though, and as a response, the owners set up a lot of mouse traps. So when Marcell and the gang went to get more food, they see all these traps. They find a chocolate bar that is not attached to a trap and Marcell tries to pick it up. While he is straining to do so, a cat that is hiding in the sink comes out of his hiding place and chases the little Nigglet. The cat himself runs like strangely on its hind legs with its arms flailing wildly while it's running. They manage to escape but come up empty handed. They go back one week later after a decline in business due to less food supply. They find a cheese wheel only to be confronted by the cat again. The cat is distracted into chasing Marcell so his friends can collect some cheese. On their way out, however, they are confronted by two of the competitor spies who followed them in and try to force them to give them the cheese they collected. They then realize they can get their own since there is plenty on the counter. However, by this point, Marcell has befriended the cat by feeding him some of the food that he cooks and captures the two spies. The pair was found by the restaurant owners who turn them over to a lab to be lab mice. The cat gets a meal at the Ratatoing every night because movie.

Similar to the likes of plays such as "Hamlet" or "A summer nights dream" Ratatoing has mastered its craft and explored what cinema is and what it can be. Ratatoing studies and dives into the political, social and economical turmoil surrounding us humans as a species but more important as beings. When you look past the rats you are something deeper while it is obvious that many of the rats represent gods and goddesses however the rats are more human than any of us will ever be the greed and desire that owning a restaurant represents is that sometimes in life a quick dive into some fly guatrano is all one needs. 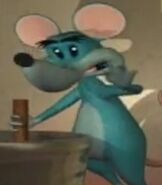 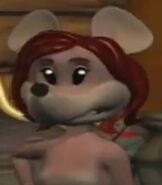 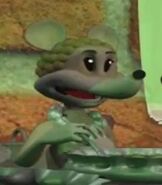 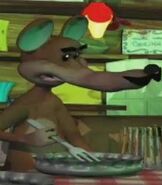 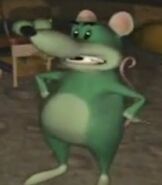 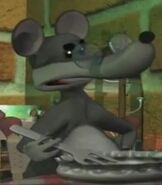 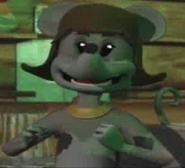 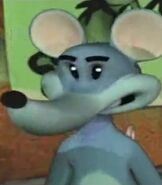 Retrieved from "https://mockbuster.fandom.com/wiki/Ratatoing?oldid=10485"
Community content is available under CC-BY-SA unless otherwise noted.